Don’t cry for me, Punta Gorda

Rather unfortunately, Punta Gorda, a seaside city of about 20,000 located on the Gulf between Tampa and Fort Myers, is best known as ground zero for Hurricane Charley, a tiny, vicious Category 4 storm that was meandering north over open water toward St. Petersburg when it suddenly made a hard right turn.

Punta Gorda just exploded. Homes and businesses looked like they had been run through a shredder. Fishing boats were sunk or capsized or relocated into people’s yards. Mobile homes twisted in half, aluminum flapping in the wind. It left some bizarre, unforgettable images, such as a car still on a lift in a gas station garage that was no longer there. A used car lot was advertised by a sign atop a heavy metal pole. The hurricane bent the pole into a paper clip, and the sign smashed down hard into the featured car of the week, a pastel yellow Subaru Baja, which was not quite a tragedy but unfortunate nonetheless.

That was August 13, 2004. Today, there’s little sign left that anything bad ever happened to Punta Gorda, which is Spanish for Fat Tip. There’s nighttime partying at Laishley Park, downtown on the Peace River shore. There are parks and bike trails and a bent tree that was left as a memorial to the carnage.

Rick Treworgy, 72, was born in Caribou, Maine, but came to Punta Gorda with his family when he was 10, and he never left. He was one of the men who rebuilt Punta Gorda. He owns four companies and his real estate holdings are substantial.

But he is best known, in our world, anyway, as the owner of Rick Treworgy’s Muscle Car City, formerly located in an old Walmart but since consolidated into a former grocery store, the anchor tenant of a shopping center Treworgy owns that’s five minutes from his home. Which is also impressive.

Muscle Car City has long been the focal point of the automotive world in southwest Florida. There is a bar and restaurant called StingRays with a Chevrolet Corvette C5 convertible sitting atop of the awning. The big parking lot hosts car clubs and cruise-ins and once a month, a big swap meet.

Treworgy said he always thought he might own a car museum, since he started collecting cars at 14 with a 1955 Chevy convertible. “This was always a dream. But now it isn’t. I get to my office here at 5:30 or 6 a.m., and I just don’t see myself at 80 doing that, running a car museum. I’d like to travel, do other things. So everything goes.” The signs, the gas pumps, the dozen Schwinn Stingray bikes, and every car in it, all 200, representing possibly the finest private collection of GM muscle cars there is. All at no reserve.

Treworgy hired Mecum Auctions to handle the sale. They tagged it onto the end of the Kissimmee, Florida auction, the largest in the country with some 3000 vehicles. The next Friday and Saturday—which was last Friday and Saturday—Mecum erected a massive tent with four big-screen TVs in sequence in the parking lot. Every bidder from the Kissimmee auction was automatically registered, “and we registered another 800 on top of that,” said John Kraman, Mecum director of company relations and member of the unofficial Mecum band, Redline 7000.

“Rick put together a remarkable collection of GM cars—there is a Willys thrown in but it has a big-block Chevrolet—all of them in good or great condition that drew a tremendous amount of interest,” Kraman said.

Treworgy said he sought out cars that had the largest, most powerful engines available, the pinnacle of the model, and almost always with manual transmissions.
On Friday, every seat in the huge tent was taken, and more people lined the fringes of the seating. Only bidders and their guests were allowed: Civilians had to stand outside the chain-link fence and ogle.

Day two began with Treworgy’s own 2020 Corvette ($121,000), and ended with a rough 1934 Chevrolet project ($11,550). Beginning with that 2020 Corvette, auctioneers reeled off 49 Corvettes in a row, concluding with the oldest in the collection and one of the rarest, a 1954 roadster. A total of 50 Corvettes crossed the block, and it was some of the easiest auctioneering ever, especially with up to 30 percent of the sales going to phone or online bidders.

In the end, Treworgy, who had been watching the auction on TV in his darkened office, was almost giddy. Total: Almost $19 million. “I think everything brought a fair price for what it was,” Treworgy said, looking as though he’s already packed his bags for all that traveling he mentioned. “I’m really happy with how it turned out, though there were maybe 20 cars that crossed the block that made me say, ‘Man, I should have kept that.’”

But don’t cry for Rick Treworgy, Punta Gorda. He has kept at least 50 cars stored in a custom-built barn back at the house, including 20 1967 Corvettes with 427 cubic-inch V-8s and manual transmissions, one in every color that GM built that year. Plus he just got another Corvette, the very first 1963 L88 made, a Tuxedo Black convertible first purchased in Detroit by racer Tony DeLorenzo, for which Treworgy paid a reported $2.5 million. The seller: Dana Mecum of Mecum Auctions himself.

Treworgy is keeping StingRays Bar and Grille in Punta Gorda open, and will still host cruises and the monthly swap meet in the parking lot. Muscle Car City is likely to become a medical facility.

“I still have some nice toys,” Treworgy said. “And now I’m going to buy some more.” 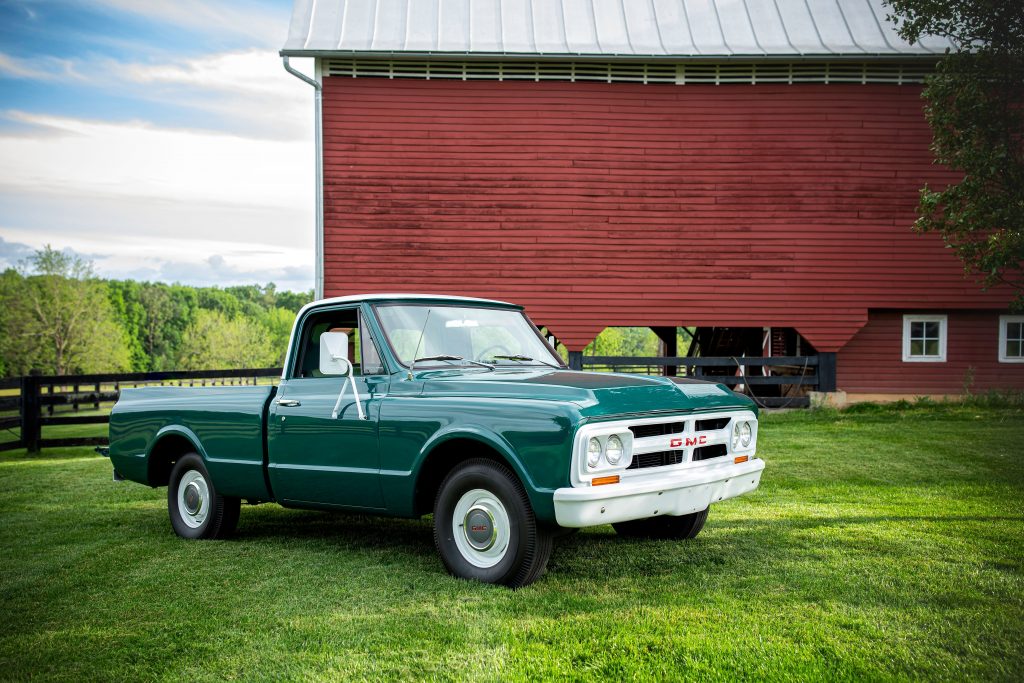