8 raucous, pedigreed race cars up for grabs from RM Sotheby’s this November

If you’re anywhere near the South of France on November 19 this year, you might just want to take a day and swing by Circuit Paul Ricard. No, there’s no Grand Prix on, but there are “75 of the the finest racing and road cars in the world” all crossing the auction block at no reserve, according to RM Sotheby’s.

All 75 come from the collection of Jean Guikas, who in 1989 started a dealership called GTC that focuses on “the best classic and racing cars.” Makes sense when you look at his collection. Among the road cars are a three-owner Saoutchik-bodied Delahaye 135 MS and a Bizzarrini 5300 GT Strada, while the race cars range from classic Ferrari competition berlinettas to modern endurance racers and F1 cars. While we wouldn’t mind any of these historic racers in our garage, here are the eight that we’ll be watching the closest.

Steve Saleen first made a name for himself tuning Fox-body Mustangs in the 1980s, but by 2000 he had introduced his own all-American supercar—the S7. Although the 7.0-liter V-8 came from Ford, the rest of the car was all Saleen, including a steel and aluminum honeycomb chassis under a carbon-fiber body.

The S7 went racing almost immediately, and S7Rs won numerous titles and even a class win at Le Mans in 2010. The S7R out of the Guikas collection is the car campaigned by the German team Zakspeed, which already had a long history campaigning Fords in sports car and touring car racing. During the 2006 FIA GT season, it won at Brno and the Hungaroring, then went to a Belgian team that campaigned it during the 2008 season. A subsequent owner had the car restored and returned to its original Zakspeed livery in 2011, and in 2017 it sold for €431,712 ($609,146 at the time) at the Artcurial Monaco auction.

Riding high on the success of the GT40 at Le Mans in 1966, Ford had a look at Can-Am racing and decided that a win there would be nice, too. A car designed by British engineer Len Bailey and built by Alan Mann Racing then went to the states for Holman-Moody to develop and race for the 1967. Called the Honker II after John Holman’s nickname (he liked to honk his truck horn), the light metallic purple racer initially got a 351-cubic-inch V-8 but soon received a larger 377 unit, good for between 500 and 600 horsepower. This was still smaller and less powerful than the mills in Chevy-powered Lolas and McLarens, which were pumping out well over 600 hp.

Even with Mario Andretti at the wheel, the Honker II couldn’t make up for the fact that it was down on power and squirrely in the corners, and an eighth place finish was the best it could muster in the 1967 season. Paul Newman, who sponsored the car and whose name is still on the nose, drove the Honker II during filming of his 1969 movie Winning, and at some point during production it was crashed and returned to Holman-Moody. It wasn’t until the 1990s that this oddball piece of Ford racing history got fully repaired and restored, and it sold for $200,000 at the Gooding & Company Pebble Beach auction in 2013.

At Le Mans in 1993, Tom Walkinshaw Racing (TWR) and Jaguar entered three race versions of the XJ220, eyeing victory in the GT class. Remarkably, in their first time out, one of them won.

Well, sort of. The David Coulthard/David Brabham/John Nielsen car finished first ahead of a horde of Porsches, but a month later it was disqualified on a technicality, one that many view as unfair. The Jag’s DQ was for its lack of catalytic converters, even though it had already passed scrutineering before the race. Tough break.

The other two XJ220Cs from the 1993 Le Mans race retired with mechanical trouble, and the car on offer from the Guikas collection is one of them. After leading its class, it suffered a burst tire with five hours to go, and then cracked a head gasket. It returned to Le Mans in 1995 only to suffer another DNF and was later restored by specialist Don Law. We last saw it at Artcurial’s Rétromobile auction in 2020, when it sold for €1,085,760 ($1,118,907).

While not as dominant on track as some of Ferrari’s earlier gran turismos, the 275 GTB was nevertheless a successful racer with numerous class wins and championships to its credit. This GTB, chassis #07765, sold new to Count Frédéric Chandon de Brailles (heir to the Moët et Chandon champagne empire), finished in Blu Sera over a tobacco interior. By 1967, it was in the hands of Claude Bouscary, who fitted the car with six carburetors and proceeded to win the 1967 French GT Championship. It was later restored in the 1980s, has been an active historic racer since, and comes with a spare racing engine and gearbox.

Known to classic car fans for its Jaguar- and sometimes Chevrolet-powered sports racers from the 1950s, Lister was revamped in the 1980s and although much of its business is putting Jaguars on steroids, Lister also briefly built its own bespoke sports car called the Storm. Given Lister’s past, it’s only natural that the Storm went racing, and, even up against much larger and wealthier teams, Lister managed to win the British GT Championship in 1999 and the FIA GT Championship in 2000.

The car out of the Guikas collection, chassis #GTM005, was a factory race car campaigned from 2001-03 and has several podiums to its credit, including a win at Anderstorp in Sweden. Like all the Storm race cars, it has a Jaguar-sourced 7.0-liter V-12. Yes, it’s very loud and yes, it sounds very good.

Ferrari withdrew from sports car and GT racing in the early 1970s to focus on Formula 1, but privateers kept the prancing horse prancing on track for the rest of the decade. Privately entered 365 GTB/4 Daytonas scored three class wins at Le Mans (1972, 1973, and 1974), and when the Daytona was replaced by the 365 GT4 BB (Berlinetta Boxer), the new mid-engine car became the Ferrari racer’s weapon of choice, at least until the more powerful 512 BB debuted in 1976. The 512 BB/LM was a lightened, more powerful version of the road car with more slippery bodywork and fixed headlights.

Ultimately, 25 examples of the 512 BB/LM were built and although the Ferrari was rarely all that competitive against the turbocharged Porsche 935, one did score a GTX class victory and fifth overall at Le Mans in 1981.

The car on offer from the Guikas collection is the 20th 512 BB/LM built, commissioned for Fabriozio Violati’s racing team Scuderia Bellancauto and fitted with special one-off bodywork. The highlights of its career were class wins at Monza and Pergusa in 1981 and another one at Mugello in 1982. It appeared at Le Mans in 1981 and 1984 but broke both times and retired. Gearbox trouble, the 512’s Achilles’ heel, was the culprit on both occasions.

This car last sold, still in original as-raced condition, for $990,000 at the Bonhams Quail Lodge auction in 2014.

Undoubtedly the highlight of the Guikas collection, chassis #0385 GT was displayed at the 1955 Turin Motor Show clothed in special lightweight bodywork by Pinin Farina. Visually, it was similar to the 375 MM racing cars and was a preview of the upcoming 250 GT LWB “Tour de France” (TdF). It’s an important and very early part of Ferrari’s long line of all-conquering 250 GTs, and according to RM Sotheby’s the car hasn’t appeared in public for 30 years. 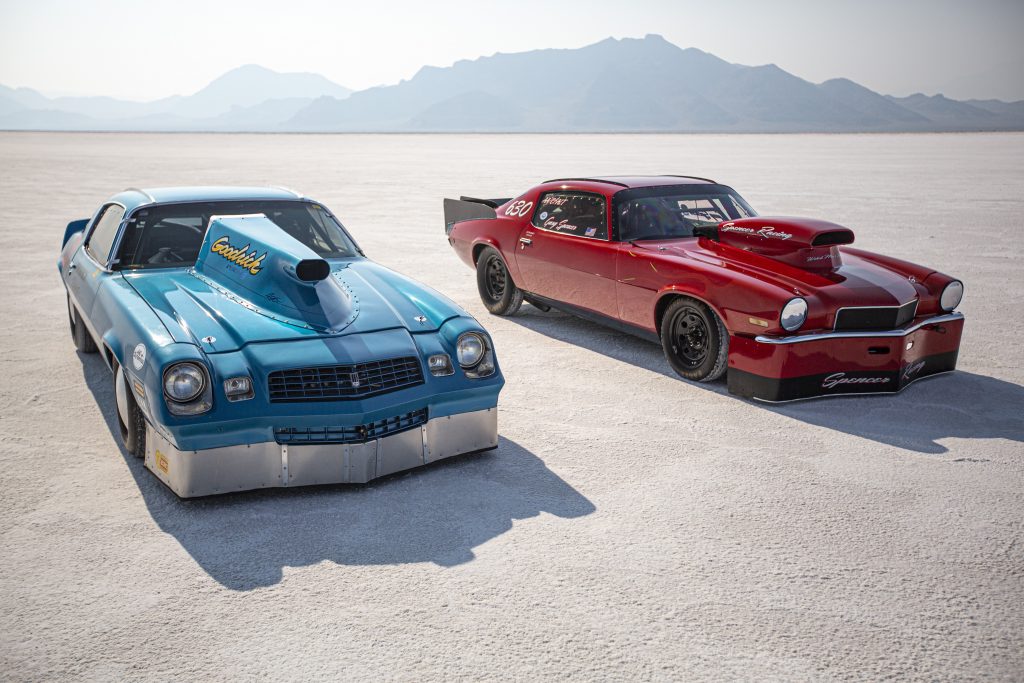 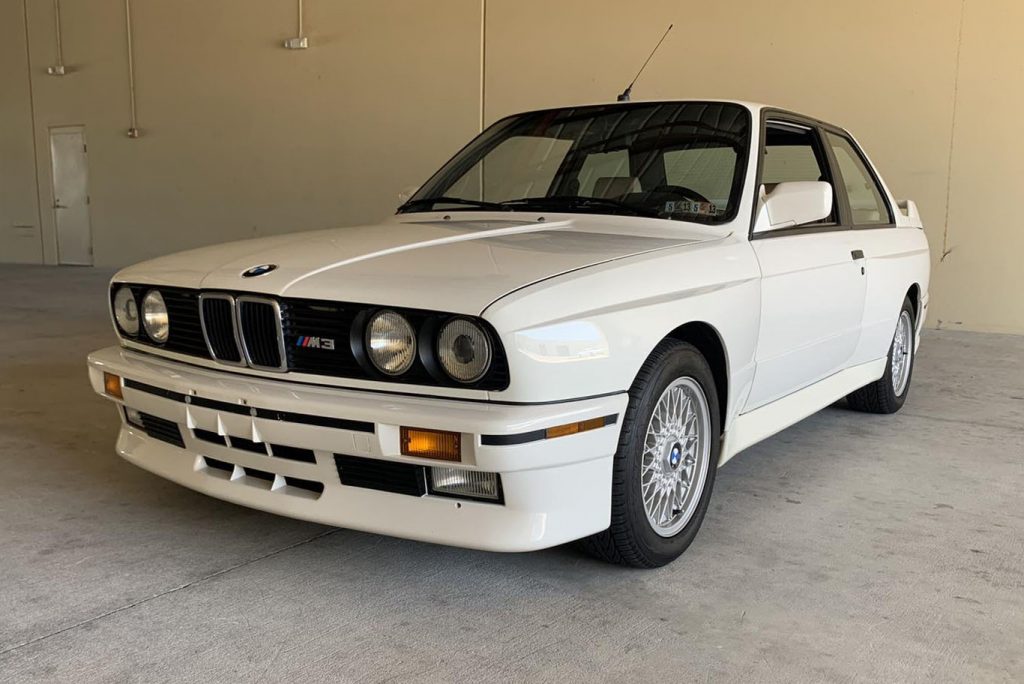