The legendary 1969 Big Oly Bronco is hogging most of the glory at Mecum’s upcoming Indy sale—and for good reason—but it’s only one of eight Parnelli-Jones-owned vehicles due to cross the block May 14–22. The auction house is offering seven other vehicles from Jones’ personal collection and the selection offers more than a few tantalizing points of entry for those who crave a figurative share in the racing legend that is Parnelli Jones.

From special-edition Mustangs to a wild one-off ’70s racer to an Andretti-campaigned F1 car, the gathering of vehicles up for auction accurately reflects the wide-ranging tastes and talents of Jones. We’ve even included one additional vehicle from Jones’ Mustang history as an honorable mention—it’s up for sale at the same auction, but it doesn’t arrive at the auction block straight from Jones’ ownership. Which one would you bid on?

The 1963 Indy 500-winning Offenhauser from the Indianapolis Motor Speedway Museum might be out of reach, but you could own its meticulously reproduced twin. Parnelli Jones himself commissioned this replica of Ol’ Calhoun, which was built by vintage IndyCar expert Chris Paulsen after the IMS Museum allowed Paulsen to take apart and measure the original. No one knew the car like Jones, so you can trust that this red, white, and blue beauty is accurate in the extreme, down to its 255-cu-in Offenhauser four-cylinder, tilted gauges, and knock-off wheels.

Whenever a muscle car is selected to lead the pack at Indy, it’s a boon for enthusiasts: We get to wrangle over a limited run of pace-car editions packed with all the performance goodies. For the Mustang’s 30th anniversary—which also marked 30 years since the Mustang first paced the Indy 500—Ford decked out 1000 ’94 Rio Red Mustang convertibles with the Cobra option package and IMS emblems. Under the hood sat the Cobra-specific 5.0-liter V-8, breathed upon by Ford’s engineers to make 240 hp, 25 ponies more than the GT. This Pace Car Edition isn’t the one that Parnelli Jones drove at the Brickyard when fulfilling his pace-setting duties in ’94, but it does come to the auction block straight from his collection.

When was the last time you saw a Model T that ran on ethanol? The only vehicle on this list that predates Jones himself, this T-Bucket roadster is a dirt-track special built in SoCal and known as Murphy’s Law. It was gifted to the famous racer after making a name for itself in the ’40s and early ’50s.

Under the hood sits a 304-cu-in flathead V-8 sporting high-compression aluminum heads, triple carburetors, and an Isky 304 camshaft. Power goes to a quick-change rear end through a three-speed Zephyr manual, and there are two extra gearboxes, should you need them. We’d love to see this veteran splattered in mud and spinning its deep-treaded tires once more—but that’s just our opinion.

There may be no better testament to Jones’ racing talents and engineering genius than this Frankensteined Bronco race truck. Weighing 2600 pounds, with 390 hp and a roof that was one gigantic spoiler, “Big Oly” dominated off-road endurance racing in the early 1970s. It comes to auction for the first time this May, straight from Parnelli’s, in spectacular condition, and trailing a litany of victories—the ’71 and ’72 Baja 1000, the ’73 Baja 500, and the ’73 Mint 400. We expect Big Oly to be the first vintage SUV to break $1,000,000.

Ford would reintroduce the Boss 302 for the fifth-generation pony in 2012, but Steve Saleen and Parnelli Jones beat the Blue Oval to the punch—by about five years. The 500-car run of special-edition Mustangs started the way most good automotive ideas do: with a conversation between two gearheads, one of which was only inquiring about a simple paint job. In 2006, Parnelli Jones noticed that his Trans-Am championship-winning 1970 Boss 302 could use a touchup. He called up Steve Saleen and the two struck on the idea of a modern-day tribute to Jones and his Boss. Evidently, Jones was so pleased by the end product that he bought not one, but two. Or, more accurately, #001 and #003.

Jones had good reason to be impressed. Since the Ford 32-valve, 5.0-liter Coyote V-8 that would eventually rest in the factory-built Boss didn’t exist yet, Saleen got creative. He took the Mustang’s 4.6-liter, Modular V-8 and gave it a serious makeover, boring and stroking it to 5.0 liters and swapping in forged aluminum pistons. A performance camshaft and ported aluminum heads joined the party, as did forged connecting rods and a forged crank. The suspension got an equally thorough overhaul: In place of the stock Panhard rod, Saleen swapped in a Watts linkage. Shocks, springs, and bushings were all replaced with stiffer, more aggressive versions.

Saleen and Jones signed the dashes of all 500 special editions, which pumped out 400 hp and 390 lb-ft of torque when all was said and done, stickering them at $59,015. Each car also received a raft of retro-inspired design cues, like roof slats, a hood scoop, chrome details, and, of course, Boss 302 graphics. We’ve seen several of these special editions sell in the mid-$30K range on Bring a Trailer, but those weren’t owned by Parnelli Jones since new. How much of a premium that fact will add is anyone’s guess.

Though Vel’s Parnelli Jones would collapse in 1976 after Firestone, which supplied its financial lifeblood, decided to leave racing, the VPJ-4 was the hottest thing out there in 1974. Its polished, unfussy exterior housed a 3.0-liter Ford Cosworth mill that sent all 480 hp through a five-speed Hewland manual. Rumor holds that Colin Chapman, speaking to Vel Miletich (Parnelli Jones’ partner and the V in VPJ), wished he could have built the VPJ-4.

Miletich and Jones’ team built three cars, and this is the second: chassis #4/002. Its all-American livery reflects more than a good ol’ boy personality. VPJ’s trio of drivers—Mario Andretti, Vel Miletich, and Parnelli Jones—shared an avid desire to win an F1 World Championship with an American team. Firestone’s last-minute exit doomed the effort: VPJ had designed its cars to run on Firestone rubber, and switching to Goodyears at the beginning of the season required the team to scramble to modify the car. Though the team never won that championship, its race cars scored five top finishes in 1975.

Chassis 4/002 boasts a race history that includes Andretti’s driving and several top-five finishes on the world stage in 1975: third at the International Trophy Race at Silverstone, fifth at the ’75 French Grand Prix, and fourth at the Swedish GP. Andretti set the fastest lap at that year’s Spanish GP in this car, too, but a rear suspension failure provoked a crash that lost him the race. Nevertheless, #4/002 represents a fascinating, all-too-brief era in F1 history.

You’d be forgiven for not recognizing this race car’s origins because the 1972 Pinto donated for the project—by Ed Iskenderian, no less—has as much in common with the infamous subcompact as a Shetland does with a quarter horse. Jimmy Dilamarter, veteran Indy Car mechanic and team manager for the VPJ F1 team, saw to that. Underneath the Pinto’s contorted body sits a Troyer chassis, at whose heart is a dry-sump 358-cu-in Chevy V-8 making 550 horsepower, all of which is channeled through a Winters Raptor two-speed manual. Dilamarter didn’t just build this monster to sound good on paper, either: He meticulously balanced the weight distribution by situating the driver and fuel load on the left and offsetting the engine and right-side suspension 4 inches to the right. Dilamarter chose A-arms for the front suspension and used a three-link setup out back.

A fun bit of trivia: In the footwell of this wild custom-built race car sits the gas pedal from the Johnny Lightning Special in which Al Unser, Sr. won the Indy 500—his first—in 1970, racing for Vel’s Parnelli Jones.

Parnelli Jones’ personal 1970 Boss 302 will cross Mecum’s block at Indy like the rest of the vehicles listed, but we’re including it as a bonus round because it doesn’t come to auction straight from Jones’ ownership. (Jones sold it in 2019.) The screaming yellow Mustang isn’t the 1970 Trans-Am championship-winning car; as a homologation special, however, it’s an integral part of the race-winner’s story. This Boss 302 received a restoration in 2006 under Jones’ custodianship and has only added 2000 miles to its odometer since. 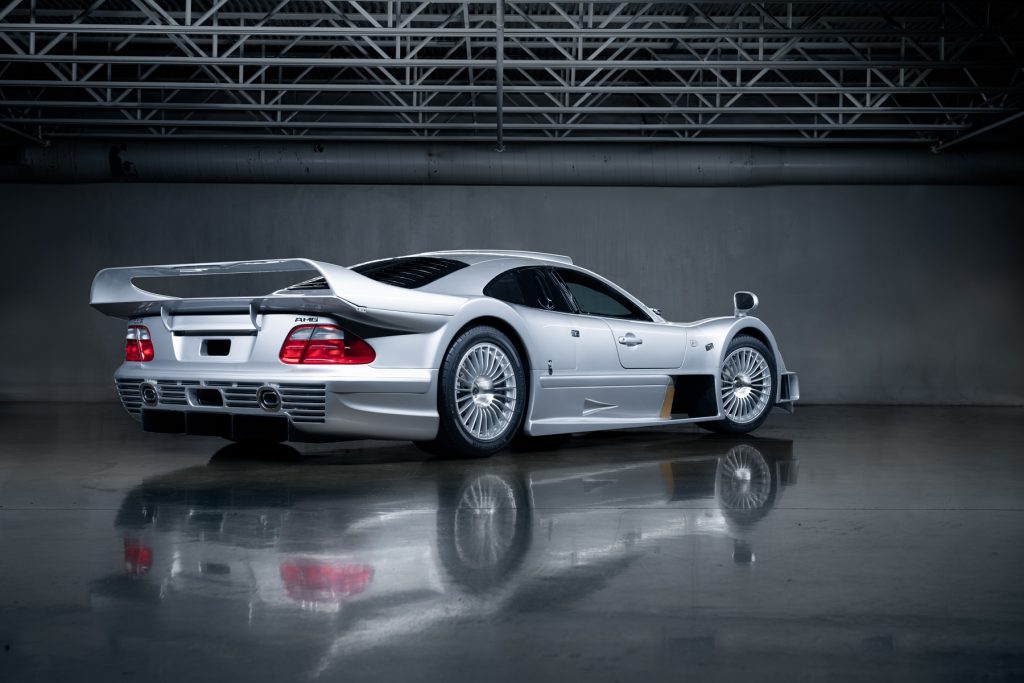