Ask Jack: Forget that Camry—you could have a V-8!

It’s not what I’d call the most American of automobiles: a product with design roots in Mercedes-Benz and Renault sedans, built straight outta Brampton, Ontario, with a Mexican engine, then sold by a company with headquarters in Amsterdam and London and a majority shareholder from Italy. Yet in actual practice, rather than theory, the Dodge Charger is a four-wheeled version of Lee Greenwood. What makes it such an American icon, exactly? The tremendous efforts of U.S.-based Chrysler engineers who have turned it from the ugly duckling among LX-platform cars into a bespoilered Hellcat—or 392-powered swan? The way in which the Charger has taken over the fast-pursuit role in our police departments? Perhaps its ties back to those M-body Gran Fury cop cars of yore, or the Dodge Monaco which carried the Blues Brothers?

I think the current Charger channels the spirit of the ’80s M-body Chrysler intermediates almost perfectly. It has all their rough edges, all their curious lack of space, but also all of their rugged and unapologetic appeal. And you can get it with a Murderers’ Row of engine options, the weakest of which makes the thing fast and the stoutest of which makes it a ballistic missile. Which leads us to G, who finds himself riding a 2012 Camry SE between the Scylla of a newish R/T and the Charybdis of a heavily-tuned first-generation example. He writes:

Current fleet is our ’16 Town&Country which we’ve been enjoying immensely and utilizing to its full utility, Next is my beloved ’96 4Runner Limited which is an occasional commuter but will mostly be a garage queen and an albatross around my neck as I preserve it from road salt to be my son’s first car. Finally we have my wife’s ’12 Camry SE 2.5, gifted to her as a new car to start medical school with by her father. 92k miles, it’s held up like a champ mechanically and does the Camry thing well, but god is it a bore and after 92k miles of bombing around downtown roads both my wife and I are fed up with the surprisingly taut tide (and probably somewhat tired struts). It also annoys me with how weak the paint is, how the windshield is all scratched up, interior rattles, beginnings of some strut mount noise, and other things that horrify a 1990s-Toyota-respecter like myself. I’ve been dropping hints that I want to unload the Camry and she’s fully come around to the idea.

What to replace the Camry with? I test drove the usual big-brain white collar suspects (F30 328xi, Q50 3.0TT, stick shift Golf Alltrak, stick shift Mazda3 2.5) was left completely cold by all of them. I may as well just keep driving the Camry. No, I’ve got V8s on my mind. Namely Chargers, the logical choice would be a lightly used ’15+ R/T, we can easily afford it. Safe, reliable, no brainer right? Well, I’m kind of in a tinkery mood as always, also in a cheapskate mood. What are your thoughts on an older 1st gen (’06-’10, V8 Charger RT)? Daily driveable by my wife if need-be, safe enough that I don’t feel bad taking my son to daycare in it. Old enough where I can mess around with it in my new roomy garage (headers, cam…maybe a 100 shot of spray). Our local yards are full of LXs right now as well as donor 5.7s in Rams, Durangos, Aspens, etc. I guess there’s also the middle option of a ’11-’14 Charger R/T that splits the difference in cost and “tinkerability”…

G, you should sell me that Camry. Those cars make wicked track rats. Stop laughing for a minute and hear me out. With the right tires and the proper attitude, you can really drift the thing around. It can take the Kink at Nelson Ledges flat out—because it can only get up to 108 mph by the time the Kink appears. They are very hard to kill. There’s a kind of sick joy to be taken in bringing one to a track day and passing people in 911s and Corvettes because it’s so easy to drive at the absolute limit of the tires, particularly on days where the track is “green” or damp.

As a street car, however, the 2012 Camry SE does not exactly provide a McLaren 675LT’s worth of entertainment. So let’s talk Charger. I feel duty-bound to let you know that the Chrysler LX and its successors are not exactly… trouble-free. If you get 92,000 miles out of one and your biggest complaint is tired strut mounts, you will have witnessed an authentic miracle. Take that into account when you do your budget. Having caveat-ed the emptor in question, we can now consider the options.

Stay away from the 2006–2010 Chargers unless you can find one owned by the proverbial little old lady from Pasadena. These were not reliable cars when they were new, they are chock-full of problems waiting to happen, and the Charger’s perpetual popularity with the buy-here-pay-here crowd means that you won’t easily find one which has not suffered from all sorts of abuse both obvious and hidden. On the other side of the equation, I think the 2016 or 2017 Charger 392 RWD is a compelling choice at approximately $30,000 for a good one with low miles. Maybe offer $26K to a motivated seller. Yes, you can get a plain R/T for six or eight grand less, but the 392 is the bad boy, relatively speaking, and you’ll never get tired of looking at it.

If that seems a little stout, or if you want to spend some money on the frankly astounding array of tuning possibilities for a 5.7-liter Charger, then I’d like to recommend the 2012-and-up “R/T Road&Track.” This relatively common setup had a lower final-drive ratio and some popular equipment added to a plain R/T. A magazine which was not called R&T managed to get one through the quarter mile in 13.8 seconds. If you’re feeling fussy, look for one with the Super Track Pack. Expect to pay about fifteen grand for one of these, give or take.

Last but not least, and considering your self-characterization as interested in both tinkering and saving money, I’ll offer the left-field option of buying a 5.7-liter Police RWD model. They’re all over the place, and a little careful shopping will come up with a good 2015-ish example for eight grand or so. Some aspects of the car will need refurbishment but that’s part of the fun. Get one that is not the same color as that employed by your state highway patrol, lest you suffer drama from cops who think you’re a so-called “wacker,” or police-car impersonator. For a total cost of $20,000 or so, you could have a supercharged ex-law-enforcement Charger with 600-ish horsepower. Think of it as a sleeper Hellcat hunter. Taking an old cop car and hopping it up to run alongside the $90,000 factory-new superstars? That’s the most American thing you can do with this not-quite-most American of mid-sized sedans! 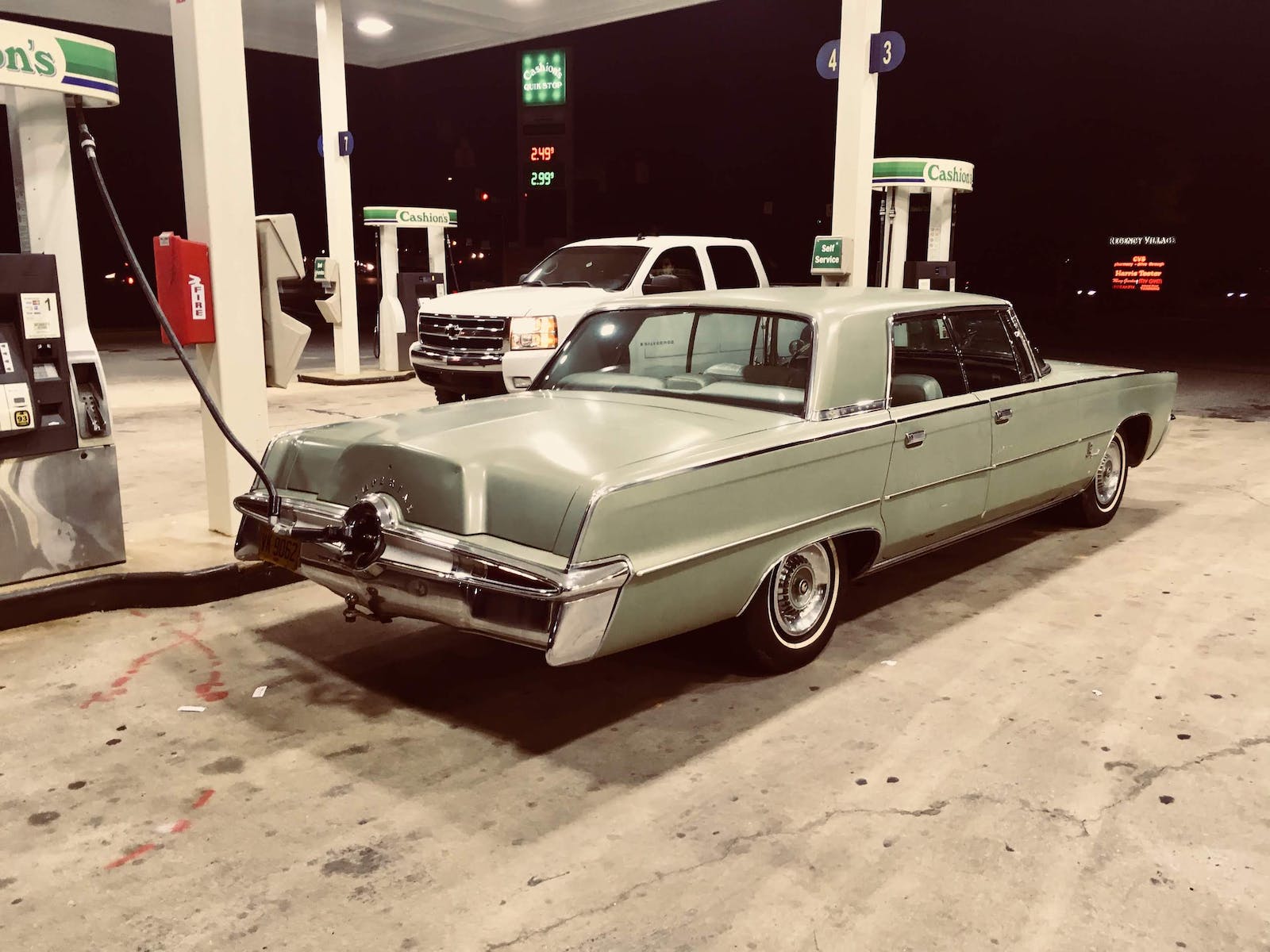 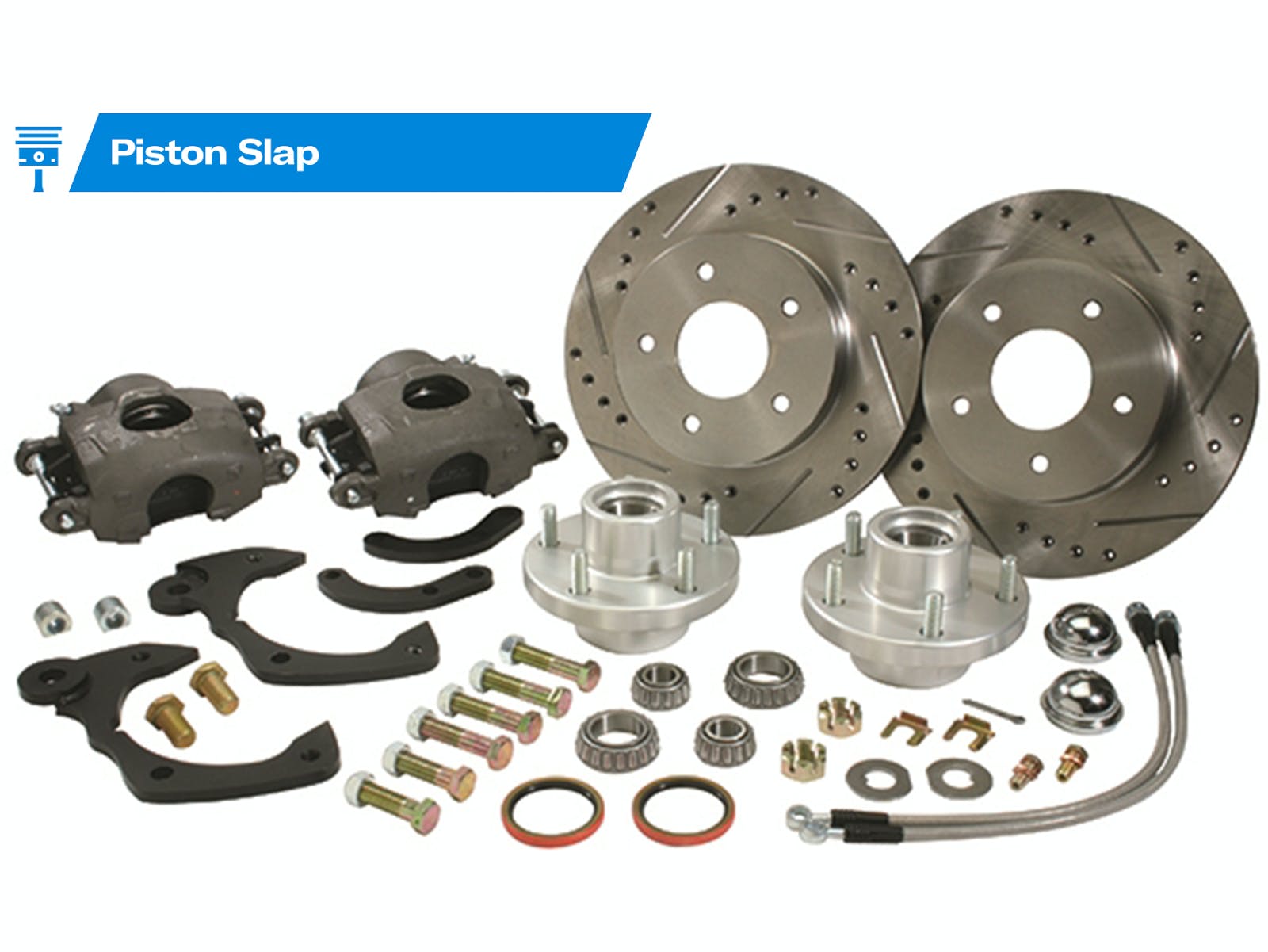